She was a red and white Staffordshire bull terrier, aged 14 and 1/2 years, I had her from a puppy and bought her to Adelaide, Australia in 2009 along with her ‘brother’ Reggie who is still with us. We unfortunately had to make the hardest decision we’ve ever had to make and put her to sleep due to her long suffering ill-health, despite all her problems she still managed to wag her tail and eat anything that was put in front of her!. She had so much personality and is greatly  missed from everyone in the house, we will always remember and love her. 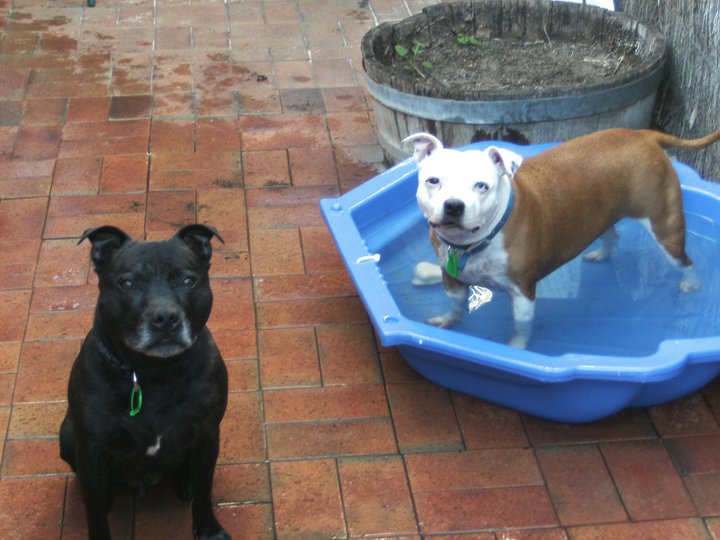 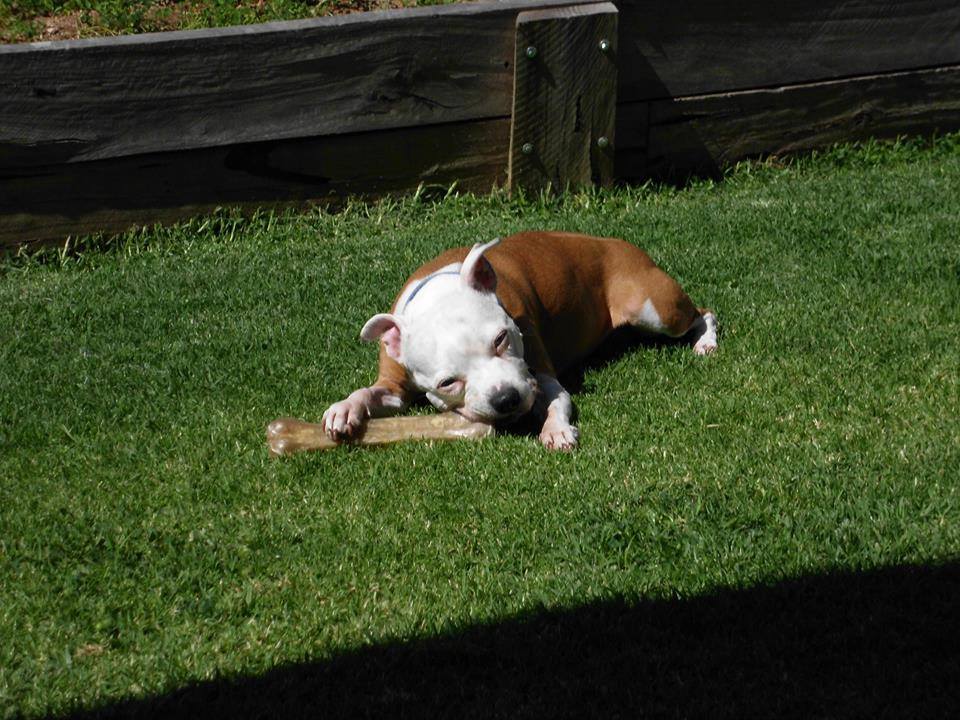 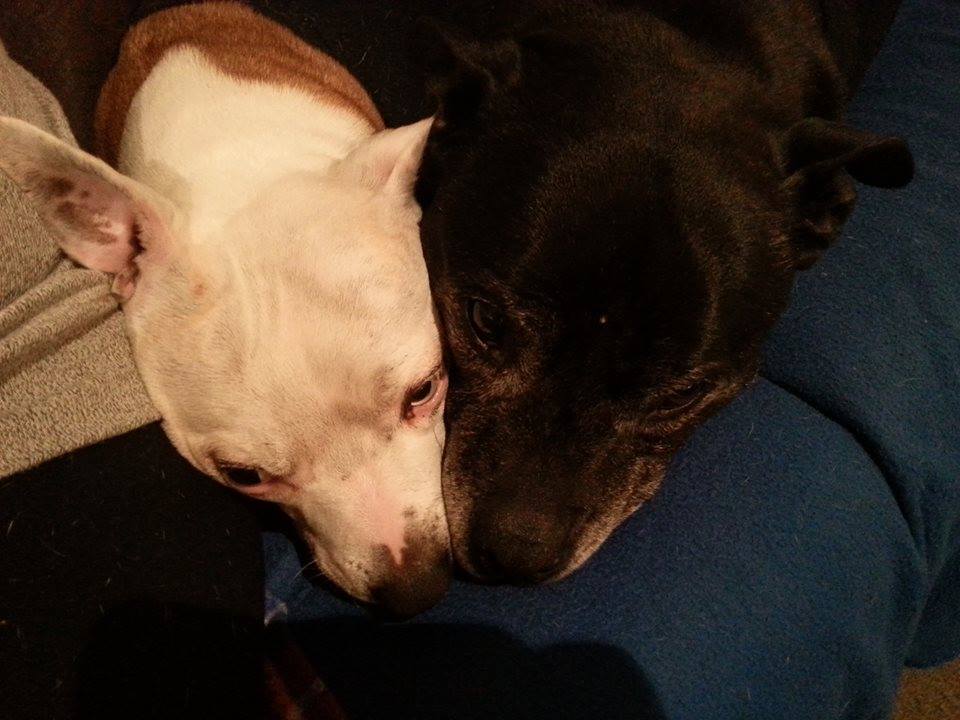