Rusty, a terrier X special, was 12 months old when he was adopted in June 1994 and flown to my mother in Perth where he lived until they both came to live in Albert Park with me in 1995.

When my Mother passed away in 2001 Rusty became my own little dog.   He was a brave and loyal little friend, and did so well to stay with me until June 11, 2009 – just 3 days after his 16th birthday party.

His little being is missed so much 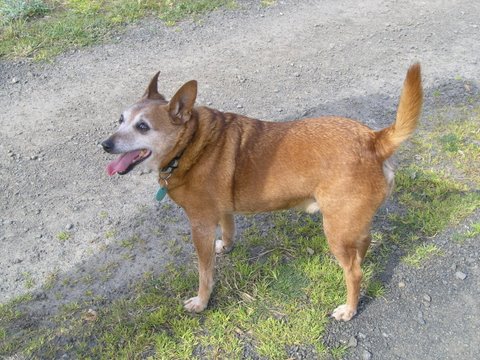