Travis went to doggy heaven on October 1,2012 at age 13-1/2 after a short illness. He was a very affectionate red/blue cattle dog cross. Adopted from the Brisbane RSPCA at one year old, he had been severely mistreated before being confiscated from his original owner. The scars never went away.

After rehabilitation he became a member of our household in 2000. Travis was a dedicated dog, very protective of his home and owners. He moved to Swan Hill Victoria in early 2010. He enjoyed chasing balls, baths, loved visits from his human family and doggy “cousins”, and sleeping inside by the fire at night with his Blue Russian cats Eli and Cody. He attended the RSPCA million paws walks each year to help others less fortunate.

Travis will be missed by everyone, and never forgotten. He now rests in his back yard. RIP Travis. 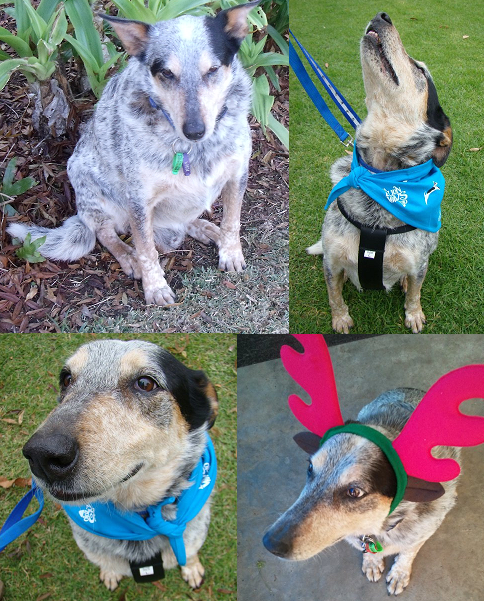