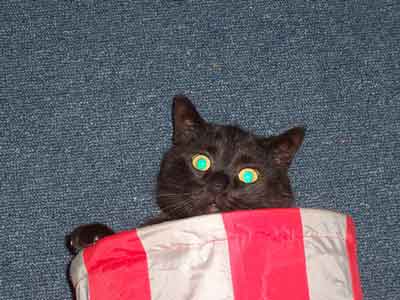 My darling Gypsy Boy – black DSH – who was left behind when his owners moved and came to live with us October 2004. Taken very suddenly when attacked by a dog on 14-3-08. Much loved pussycat friend of Minty (died 2006) and will be so very much missed by myself and his pussycat friend Daisy – she’s already lost without you.

You’ll never be forgotten Gypsy Joe – see you at the Rainbow Bridge.